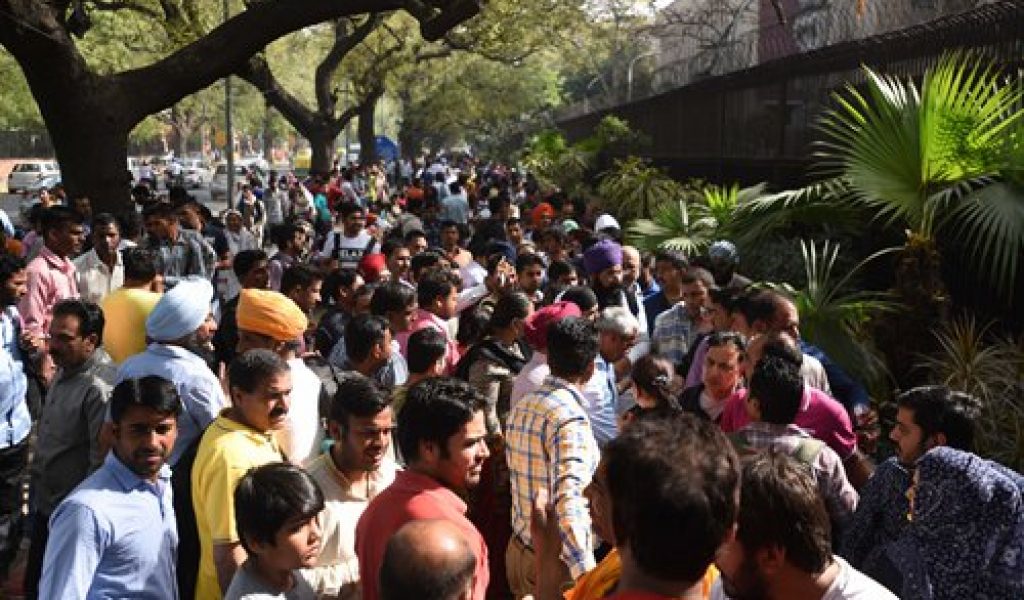 ○ Chinese experts argue that now is a time in which the quality of the workforce matters, rather than the quantity

Recently, a Chinese-American demographer claimed that India has already overtaken China to become the world’s most populous country. But this claim has been controversial in both countries, with many arguing that this change is actually a few years off.

Yi Fuxian, author of non-fiction work A Big Country in an Empty Nest which argues that China’s birth control policy has hurt it, said at a seminar held in Peking University that the Chinese government has overestimated the fertility rate and size of the population.

According to his projection, China’s population last year was only 1.286 billion, 96 million less than the official figure. “But according to the population projections made by the UN, India had approximately 1.32 billion people in 2016,” Yi, a senior obstetrics and gynecology scientist at the University of Wisconsin-Madison in the US, told the Global Times after the seminar. “India has many more young people than China. Its economy in the future will be more dynamic and the pension burden will be much lighter.”

The CIA’s World Factbook reveals that the median age – half the people are younger than this age and half are older – of India was 27.6 last year, while China’s was 37.1.

“This is India’s huge advantage as its youth will drive India’s savings and investments and also be a large market and workforce for the world,” Sharmila Kantha, principal consultant of the Confederation of Indian Industry based in New Delhi, told the Global Times.

He believes India can act as a global growth engine by leveraging its rising productivity and youthful energy. According to the IMF, India’s economic growth rate will exceed 8 percent in three years.

However P. Arokiasamy, head of the Department of Development Studies of the Mumbai-based International Institute for Population Sciences, commented that Yi’s claim “is not substantiated by peer-review or official statistics.”

“Going by official population numbers, India will certainly overtake China as the world’s most populous country soon, most likely when population counts are confirmed post the 2021 census of India,” the professor told Global Times via an e-mail.

But he also agreed that the large size of India’s youth population may propel India to outstrip China. “India will have the advantage of demographic dividend for more than three decades until 2050, therefore, India may emerge as the world’s major economy overtaking China as well,” he said.

Swaran Singh, a professor at the School of International Studies, New Delhi’s Jawaharlal Nehru University, say whether India’s population is larger than China’s or not is not that important.

But he believes the country’s large number of young people, vast domestic market and low labor costs are the most significant contributors to the increase of foreign direct investment in India.

“Apple has started manufacturing in India. Even China has begun investing in India’s booming market with high growth rates that hold promise for good returns for investments,” Singh said.

Taiwan-based Foxconn, the world’s largest contract electronics manufacturer that has the bulk of its factories in the Chinese mainland, has vowed to build 12 factories in India which will employ a total of 1 million workers. Chinese property developers such as Dalian Wanda, Country Garden and Fosun International have also launched projects in the neighboring country.

Some are even worried that as India is catching up with China and may well become the “world’s factory,” the country may take away millions of jobs from China.

Beijing-based private strategic think tank Anbound recently issued a report, warning that China should develop a more effective growth strategy or it may lose out due to India’s success.

Kantha disagrees. “If we look at India-China trade, we find that India imports $61 billion of goods from China and exports $10 billion of goods to China, so there is a huge trade balance in China’s favor,” he argued. “India faces market access issues in its advantage areas such as IT and pharmacy in China. Hence, it is not likely that Chinese jobs will be lost in the near future due to India’s growth.” Zhai Zhenwu, a leading Chinese demographer, doesn’t think China should be upset about losing its population top spot to India.

“There’s no need to worry about whether our population will either be overtaken or not. It’s no longer like it once was, when people matter much in development,” Zhai told the Global Times, citing that the US’s population is less than a quarter of China’s, but it is strongest in both military and economic terms.

To be the most populous country is not a thing to celebrate and the Indians will not like the title either, he added. “India has carried out family control polices too, but they were less successful. They lack the enforcement and mobilization abilities that China has,” Zhai stated.

In 1952, India became the first country in the world to initiate an official birth control policy. They offered men material rewards for sterilization, limited village council and state parliament members to two children and improved the education and health of women and children.

Despite not being operated coercively, the policies took some effect and the India’s fertility rate as measured by births per woman dropped steadily from 6 in the early 1950s to around 2.5 today.

The country’s poverty and pollution have also long been blamed on its overpopulation.

A total of 194.6 million people in India, or 15.2 percent of its population, are undernourished, the highest total number in the world, according to a report released in 2015 by the Food and Agriculture Organization of the UN.

Besides, India has the world’s worst and deadliest air pollution that causes about 1.1 million people to die prematurely each year, according to a report jointly issued in February by two American institutes focused on population health.

Arokiasamy told the Global Times that negative consequences of population growth are just short-term and can be resolved through policy. “In the long-run, a large population size is a net economic advantage,” he noted.

Kantha argued that income inequality in India is somewhat less serious than in China. “Chinese per capita income is five times that of India’s, but its Gini coefficient, a measure of inequality, has grown much faster,” he cited.

Sun Shihai, deputy director of the National Institute of International Strategy at the Chinese Academy of Social Sciences, believes China should see India as an opponent to be reckoned with.

“Although it still lags much behind China in economic aggregate, the gap is narrowing,” Sun told the Global Times. “Despite its poverty and population problems, it has many other advantages, such as the rejuvenation of its population and education system.”

Dev Raturi, an entrepreneur from India who has opened seven Indian restaurants in China, said he sometimes feels that Chinese workers are unwilling to work in low-level jobs such as being a waiter.

“They don’t find it a good career option and maybe they want to get a supervisory job right from the start. They need to understand that people have to start from the bottom, learn and excel in their work and grow up to be leaders in their chosen field,” Raturi told the Global Times.

Since 2011 China has become the largest exporter of international students. But India is trying to catch up. The number of Indian students heading abroad is growing rapidly and the growth rate reportedly surpassed China’s last year. Their students also seem to be more competitive in the Western job market.

India has only half the number of international students studying in the US as China does, but it received 68.5 percent of all employment-based H-1B temporary worker visas issued in 2016, much more than the 11.7 percent given to Chinese nationals, according to data from the US Department of State. Most H-1B recipients are IT workers.

The rapid rise of Indian-born CEOs at world’s leading technology companies such as Microsoft and Google Inc has also amazed the world.

Yi believes that India will become the leading exporter of international students with its speedy economic growth. “As the youth population drops, the number of Chinese students heading abroad will decrease. As the median age gets older, the national mentality will become more closed,” Yi said.

These factors have led some to worry about China being eclipsed by India.

However, the population expert Zhai Zhenwu dismissed such worries. “The country’s growth now relies on quality, rather than quantity,” he noted, adding that China is making efforts to restructure and change the pattern of growth to emphasize innovation- and technology-driven development.

The international community is still confident in the Chinese economy. By 2050, China will be the world’s largest economy, followed by India, and the US in third place, according to a PwC report released in February.

Despite divergences, experts from both China and India interviewed by the Global Times all believed that the two have much to learn from each other and cooperate and that the 21st century will belong to Asia.

“Although India has a young population the downside is that the country needs to create more jobs and opportunities quickly for its restless young,” Raturi suggested.

Singh advised China to automate its industry to address its aging problem and raise the productivity and quality of its manufacturing sector.

“Overall I see a bright future for both countries as the wheels are turning fast and both countries look poised to become great powers of the world just like they were in olden times. As an Indian living and prospering in China I find this very, very encouraging,” Raturi said.