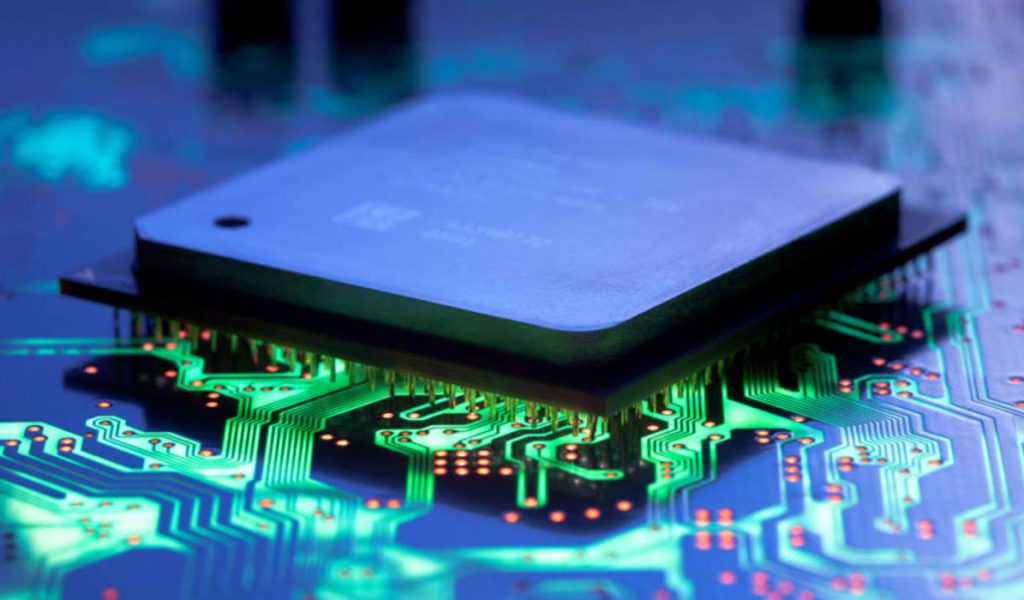 The race to drive semiconductor technology to the bleeding edge has narrowed to three companies.

Globalfoundries suspended work on a 7nm node. It will lay off less than 5% of its workforce and make its ASIC group a wholly-owned subsidiary so it can partner with one of the remaining 7nm foundries.

It would have cost GF $2-4 billion to ramp up the 40-50,000 wafers/month capacity needed to have a chance of making a return on the node. “The financial investment didn’t make as much sense as doing something else,” said Tom Caulfield, the former general manager of Fab 8 named chief executive of GF in March.

In an interview in May, Caulfield said GF’s owners the Mubadala Investment Company in the United Arab Emirates, wanted improved financial performance. In June, the company announced a 5% layoff without cutting any products, affecting about 900 of its 18,000 employees.

“The lion’s share of our customers…have no plans for” 7nm chips. Industry-wide demand for the 14/16 node was half the volume of 28nm, and 7nm demand may be half the level of the 14/16nm node, Caulfield said.

“When we look out to 2022, two-thirds of the foundry market will be in nodes at 12nm and above, so it’s not like we are conceding a big part of this market,” he added.

The decision forces AMD, GF’s closest customer, to source all its initial 7nm chips from TSMC at a time when the graphics and x86 processor vendor is gaining market share. Whether AMD can get all the wafers it needs in the short term “is a good question,” said analyst Linley Gwennap of the Linley Group.

“AMD was hoping GF was a second source, so it could have as many wafers as it needed but now they have to compete with Apple and others for TSMC’s attention.” Given Samsung’s decision to start production by early next year on a 7nm node with EUV steppers “everyone is flocking to TSMC for 7nm, supposedly even Qualcomm,” said Gwennap.

IBM, GF’s other close partner, has more breathing room to find a new foundry for its Power10 processor, not slated to ship until 2020 or later. The two customers were part of the heritage of GF that started as a spin-off of AMD’s fabs, later acquiring Chartered in Singapore and IBM’s fab operations in 2015.

TSMC seen as “steward of the industry”

For its part, GF will focus on enhancements to its 14/12nm node and the ramp of its fully depleted silicon-on-insulator (FD-SOI) just starting to gain traction.

GF will add to its FinFET nodes RF capabilities, new embedded memories such as MRAM and performance and leakage improvements. It is ramping its 22nm FD-SOI, working on a 12nm FD-SOI and expanding partnerships and features such as embedded memory for the process. Plans for a joint venture fab in China remain unchanged.

Market watchers at IC Insights pegged GF as a distant second to TSMC with about $6 billion in 2017 revenues, slightly ahead of UMC and Samsung roughly tied for third at nearly $5 billion each. Overall, the move is a positive one for GF that had been increasingly falling behind TSMC in leading-edge FinFET processes, said Gwennap.

“They only had one customer for 7nm, so it didn’t make sense to ramp a fab. At the rate they were going, they would have trouble generating enough revenue to keep research going. Focusing on FD-SOI and RF can keep its cost structure in line, and that should enable them at least survive and potentially do really well,” he said.

Through its acquisition of IBM’s semiconductor group, GF has a significant share in making RF front ends, especially in handsets. It’s a position the foundry could parlay into other markets said multiple analysts.

TSMC is the immediate winner, securing all the first wave of 7nm designs, some of which could start sampling by year’s end. However, Samsung could pick up new customers as it ramps its EUV process next year.

While TSMC will probably make Qualcomm’s 7nm Snapdragon SoC expected to sample late this year, the mobile chip maker will likely move back to Samsung for a follow-on chip given their close relationship, Gwennap added.

“The GF announcement almost assures TSMC to exit 2018 with 95% market share of 7nm, a very fast-growing revenue node that should be quite profitable for them. The lack of competition will result in keeping prices high,” said Len Jelinek, a chief semiconductor analyst for IHS Markit.

GF’s exit from 7nm probably won’t help Samsung significantly, Jelinek said. “The new clients that would become available would be the ASIC companies that were tied to GF through the former IBM ASIC group. Although some of them may choose to go to Samsung next year, my guess is they will go to TSMC,” Jelinek said.

The remaining player in the Moore’s law race, Intel, now appears to be in the middle of the pack.

“Intel’s road map is so messed up right now,” said Gwennap, noting its plans to ship 10nm products in 2019 using optical steppers are at least a year behind its original schedule.

Plans for a 10nm upgrade to EUV will likely be pushed off to a 7nm Intel node in 2020 or beyond. “Now Intel will be late with EUV because they have bigger problems” getting 10nm chips out, he said.

GF’s news arguably is an opening for Intel’s foundry business which to date has not gotten much traction, estimated by IC Insights as less than $500 million in annual revenues. Had Intel been aggressively executing a low power foundry strategy this would have been a great opportunity to gain momentum,” Jelinek said.

Overall the industry’s pace of CMOS scaling has slowed in the last two or three years, said Jelinek. “This announcement places more ownership on TSMC to be the real steward of the industry,” he said.