Wisconsin one of six US states Foxconn, Sharp considering for plant 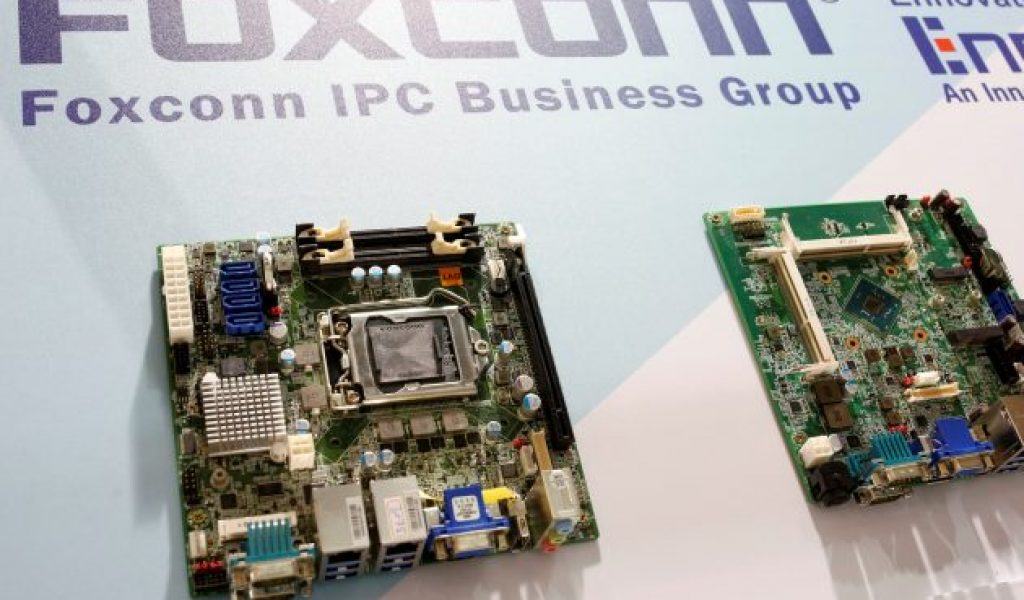 Foxconn, the world’s largest contract electronics maker, is looking at six US states including Wisconsin as locations for a display-making plant and would make a decision next month, top executives said on Thursday.

“It is one of the six we are considering,” Tai Jeng-wu, chief executive of Foxconn’s Japanese unit Sharp Corp and group vice chairman, said on the sidelines of Foxconn’s annual shareholders meeting.

Formally known as Hon Hai Precision Industry Co, Foxconn has previously valued the proposed US investment at more than US$7 billion.

The Taiwan-based company has been eyeing US investments for some time, and Chairman and Chief Executive Terry Gou visited the White House for talks in April.

“In July, we will make a conclusion,” Gou told shareholders at the company’s annual meeting.

Foxconn operates vast factories in China, where it employs a million people and manufactures most of Apple’s iPhones, but so far it has not invested heavily in manufacturing the United States.

Gou said in January that while the United States had no panel-making industry, it was the second-largest market for televisions.

“This time we go to America, it’s not just to build a factory, but to move our entire supply chain there,” he told shareholders, without providing specific details.

Gou showed shareholders a picture of the “rust belt” depicting the states of Wisconsin, Illinois, Indiana, Ohio, West Virginia, Michigan, Kentucky and Pennsylvania – although he did not name any of those states as potential locations for the plant.

“In the US, the state governors’ sincerity and confidence to attract investment … is beyond my imagination,” he said.

Foxconn already has operations in Pennsylvania.