Zooming ahead in data-management tool adoption 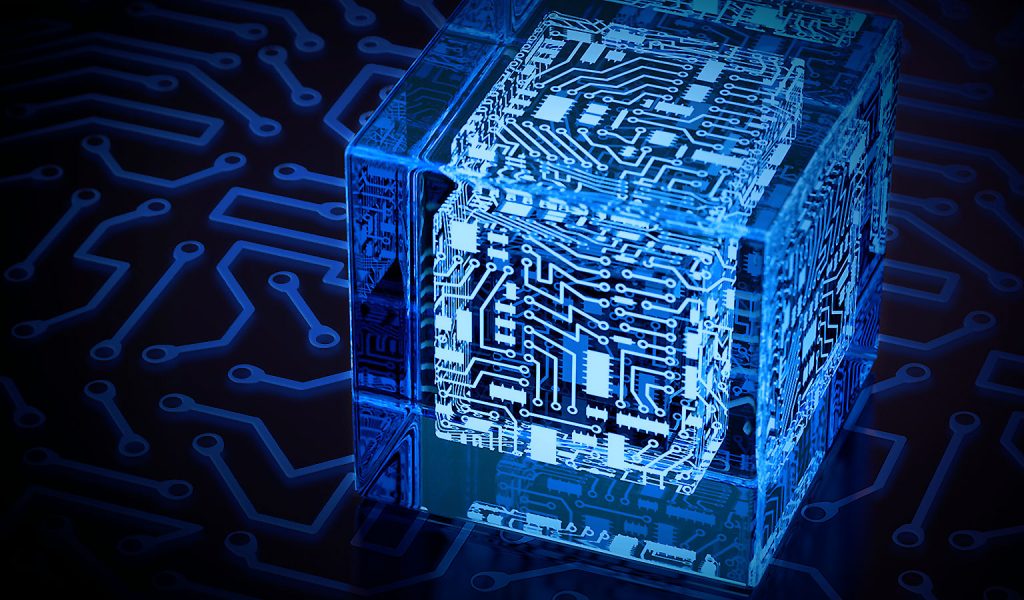 Airbus Helicopters is more the exception than the rule in A&D. To blame? Those pesky cultural hurdles.

Manufacturers of many stripes can save money just by making better use of data emanating from the factory floor. But for those in aerospace and defense—Airbus Helicopters is a prime example—the potential payoffs are legion.

“Every hour that I can save in taking it from a nonproductive hour to a productive hour is of substantially more benefit to aerospace and defense manufacturing than it is to, say, automotive or maybe food and beverage packaging,” said David McPhail, CEO of Ontario-based Memex Inc., which makes software that monitors machine efficiency. The aerospace industry involves expensive equipment, personnel, and product maintenance, which are all incentives to exploit shop-floor data, he noted.

Another enticement is the fact that some aerospace companies are starting to require the MTConnect standard in their equipment purchase requirements, said Ron Pieper, product manager at TechSolve Inc., a Cincinnati-based manufacturing consultancy.

MTConnect is a royalty-free, open-architecture protocol that analysts say has made exchanging data between machines much easier. Pieper called the uptick in MTConnect in aerospace purchasing requirements “very big” news for its potential to spur adoption of data management tools. He reckons that the rate of adoption of data management products among aerospace and defense companies will accelerate or perhaps even skyrocket in the next few years.

The ROI for aerospace companies adopting data-management tools is evident, Pieper and others said. He cited an example of an aircraft engine maker that wanted to monitor the consumption of a specific gas during the manufacturing process. After TechSolve installed sensors on the manufacturers’ gas lines, he said, they discovered a gas leak that had amounted to an annual loss of roughly $100,000.

Scott McKenzie, a regional sales manager at RFGen Software, recounted how one of his clients, a missile systems maker, had farmed out the circuitry in its production process to other companies and needed to have each one of those parts serialized or log-controlled. RFGen’s data-collection software, which is linked to a barcode scanner for tracing parts, made that process less daunting, he said.

Defense and aerospace clients working with the government are often liable in case of incidents in their supply chains, and therefore need a clear view of what’s taking place therein. McKenzie gave the hypothetical example of a defense firm that uses a faulty harness in a government project. “If they don’t have a way to go back and track where they bought those harnesses, then they’re on the hook for it for the government,” he said.

If an airplane crashes, Pieper noted, investigators want to be able to trace a failed engine part down to the day it was produced and the machines it passed through.

“All that data formerly was fundamentally impossible to obtain,” he said. “But now we’ve got such an easy way to get that amount of data. Storage is cheap. Transmission is cheap. Now we’ve got the ability to do monitoring of process controls, serial numbers, and therefore the genealogy.”

Aerospace and defense firms that have embraced shop-floor data management are reporting payoffs in efficiency and responsiveness to glitches on the factory floor.

Airbus Helicopters, the aircraft giant’s helicopter division, a few years ago began a shop-floor project whose aim was to “build digital continuity from the early design…to the final customer,” said Laurence Béjat, who was then head of production in the company’s light helicopter final assembly line. (She is now Head of H160 Final Assembly Line.)

The project equipped workers on the Airbus Helicopters factory floor with tablets that consolidated information, such as work instructions and technical sheets. The workers used the tablets to log potential incidents that might disrupt the manufacturing process in a central manufacturing execution system (MES).

Workers could use the incident log to explain the cause of an incident and assess remedies, and also check on the availability of parts. “One of the main functions of the tool is this visibility it can give” into the production process, Béjat said.

The goal of the project was to “empower” factory workers with this new tracking tool “to show them that they can use it for their purposes,” she added. “The real-time [information] and visibility lead to better reactivity.”

Airbus Helicopters carried out three pilot projects from 2014 to 2016—two at factories in Marignane, France, and another at a plant in Germany.

Among the next steps for the project will be to continue to connect smart tools like electromagnetic torque to the real-time information platform that the pilot has established, Béjat said.

Much more can be done on data analytics with the data generated in the project, she said, adding that Airbus Helicopters is intent on spreading the tools used in the pilot to factories around the world.

The company has 29 customer centers dotting the globe but it has not yet detailed where and when the MES will be implemented, a company spokesperson said in June.

Boeing has worked with Dayton, OH-based Teradata, an analytics firm, to tap into a huge data warehouse of business intelligence, according to the news outlet Intelligent Aerospace. Data from Boeing’s deployed sensors feeds into Teradata databases, allowing for large-scale analytics of the company’s business operations, the report said.

Another example of how big aerospace companies are using analytics comes from an advisory firm called Baker Tilly. One of its clients, a system supplier for a big international aircraft maker, has consolidated an array of data, from in-flight diagnostics to technicians’ notes, to monitor the performance of its products across a fleet of aircraft, Baker Tilly said. The advisory firm projects that data automation will save the aerospace manufacturer $740,000 a year.

Despite all of the incentives for greater use of shop-floor data products, aerospace and defense companies are not immune to the cultural hurdles practitioners say are impeding digitization in the manufacturing sector writ large. Some analysts estimate that the percentage of manufacturers that have implemented data-management software on the factory floor is still in or near the single digits.

The relatively slow rate of adoption of shop-floor data products is partly due to the fact that “people are busy, they don’t have the time and personnel to invest in implementing a system,” acknowledged Jim Finnerty, product manager at an Acton, MA.-based software vendor called Wintriss Controls. “And until they can really see the value of doing it and doing it right away, we may not see that jump right up.”

Many factory floors are still stuck in analog because of old equipment and an older generation of operators not as attuned to the latest technology, Pieper said.

That, however, is changing.

“That stratified demographic is slowly starting to change and younger, more connected-type folks are beginning to advance into management roles,” he said.

Adoption of data-management tools in the factory is being led by the big multinational firms rather than small and medium-sized businesses, Pieper and others noted.

Yet smaller firms dominate the sector. Of the 251,901 US manufacturing firms tallied by the US Census Bureau in 2014 (the latest data available), all but 3749 firms had less than 500 employees.

“How do we convince those folks to spend the money to start connecting their machines at a very basic level, and just start getting some data about how good they’re doing, and increase their productivity?” Pieper said. “That, to me, is a remaining challenge.”

Making the jump to data-driven manufacturing requires a culture within the company that sees data as the glue that can hold the factory together, McPhail said. The goal is “one objective view of exactly what’s going on in the factory,” he added.

One way of getting to that shared vision of data among management is to only bite off what you can chew.

“We actually caution shops, when I go talk to them about doing monitoring and data collection, about not trying to get too much data too soon, because the big hurdle is cultural; it’s not technical,” Pieper said.

Of course, the flood of data available once factory machines are digitized can be overwhelming.

Jody Romanowski, CEO of software vendor Cimco Americas, said customers sometimes have grand ambitions for data collection—to want operators to scan, for example, dozens of downtime codes when machines aren’t running. Such high-volume scanning is often not feasible, so her firm works with customers to break down the amount of data sought into manageable categories.

“We’re always trying to find ways to make that happen more efficiently,” she said of crunching data captured on the factory floor. “That’s a huge consideration and still a struggle sometimes.”

To avoid flooding customers with data, Wintriss only dispatches data relevant to the customer’s mission, Finnerty said. “If we send a data word from one of our controllers up to the database, every bit in that word means something.

“And in the case of requiring downtime reporting, we do things like inhibit further machine operation until the operator picks the downtime reason from a prioritized list that we automatically pop up on the touchscreen,” he added. “So we make the whole system as easy as possible for the lowest levels. And the data all goes into a Microsoft SQL database.”

What does the future hold?

Mobile devices and wearable technology could shake up data collection at factories, including those in aerospace and defense.

Wearable devices will make it easier to track and trace manufacturing parts by using, for example, a heads-up display rather than a hand-held device to scan barcodes, RFGen’s McKenzie said.

“I think we’re still going to be scanning barcodes but I think … it’s going to morph into devices, things that actually we can wear,” he said.

Manufacturing is not that far off from being transformed by mobile applications, Finnerty said. “Everybody is walking around right now carrying the next-generation user interface in their pocket. They just don’t know it yet.”

“When you walk into range with something, you’ll be able to take action or see data or collect it. It’ll be all very integrated, very automatic, and very mobile,” he added.

For his part, TechSolve’s Pieper has his eye on the potential integration of data-driven systems, including those dealing with maintenance, quality control, and enterprise resource planning.

Machine performance monitoring “can start to change how all those other systems can be used,” he said. “And that integration, all of that interfacing between these various systems and databases, still has a long way to go—and a lot of potential.”